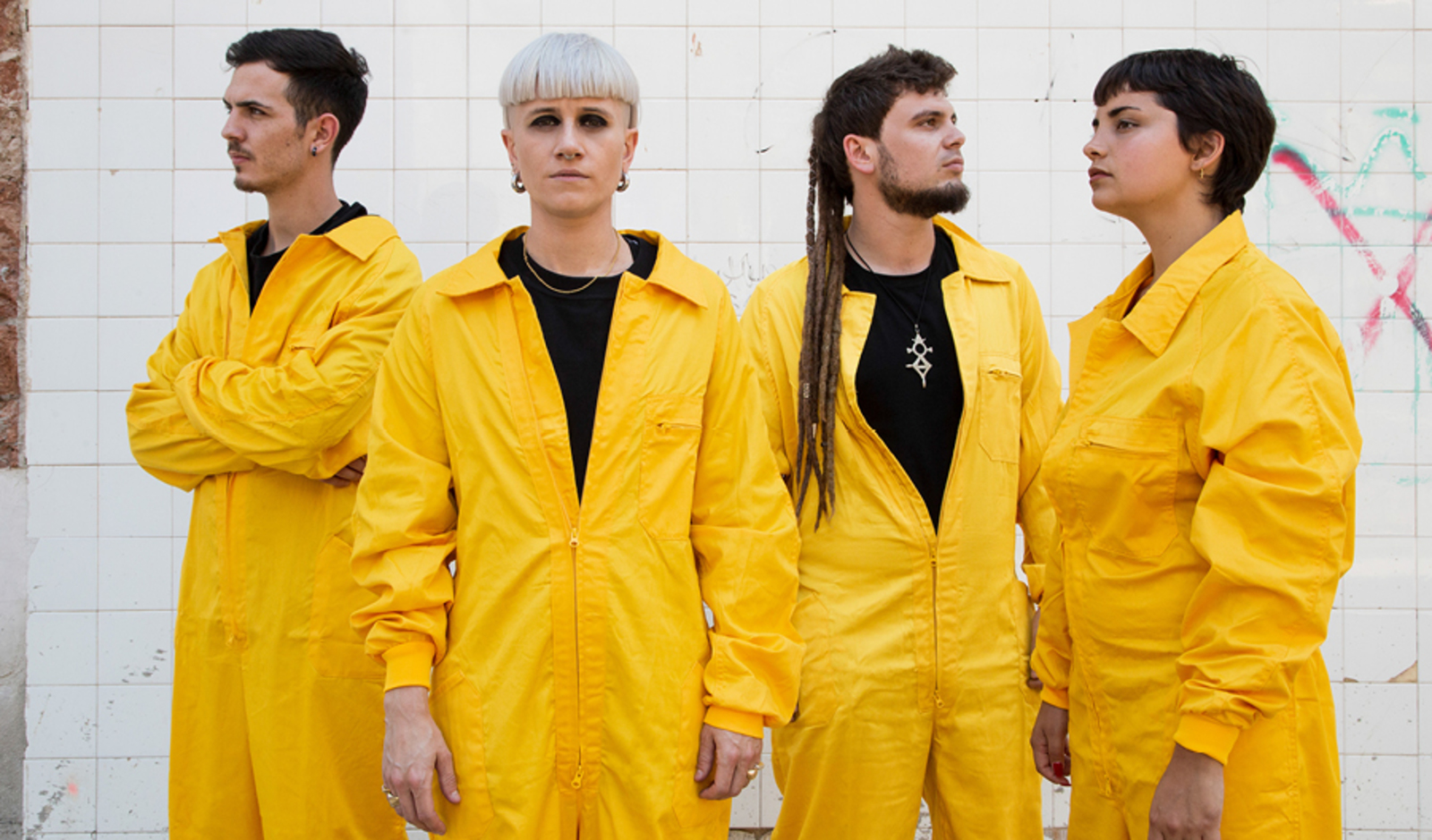 We are Europe presents a brand new project from Barcelona based producer, dj and cultural agitator Cora Novoa. At SónarCCCB Cora will be performing live with The Artifacts, a live band put together following a residency at Barcelona's Taller de Musics, in collaboration with Sónar and Acción Cultural Española. This new project takes Cora's forward thinking techno as a jumping off point to explore diverse genres from flamenco to dub to reggaeton.

The visual work of the project Cora Novoa & The Artifacts, developed by Tirador, questions authorship through the appropriation of images, dialogues with technology and analyzes the languages born on the Internet. The material has been manipulated according to the new aesthetics of the digital era, mixed and dirtied with all kinds of noises: glitch, 3D, VHS and analog film.

Cora Novoa is a music producer, creative director and researcher who works on the intersection of art and technology. She played her modular live around the world in festivals like Sónar Barcelona, Tate-Modern Museum or Magnetic Fields India; also she combines her artistic career with other professional facets as Ableton Official Trainer, musical content curator, doing masterclasses about music industry or creativity and the creative direction of her own record label SEEKING THE VELVET.

Diego López Bueno, the person behind the Tirador project, is a video artist based in Madrid who is dedicated to making visuals and moving image processing.
He has acted as visual curator and VJ on one of the stages of the last two editions of the Afterlife festival, both in Barcelona and New York, performing alongside Ben Klock, Chris Liebing and Kobosil, among others. He participated in the 2019 NAVA in Reykjavík with Örvar Smárason and in the 2018 Mira Festival alongside Objekt. He has also been the creator of the videos for Vetusta Morla's new album, Mismo Sitio Disinto Lugar.

His videos start from appropriationism and collage of moving images. He works with multiple layers and textures, different formats and material from different periods and styles.