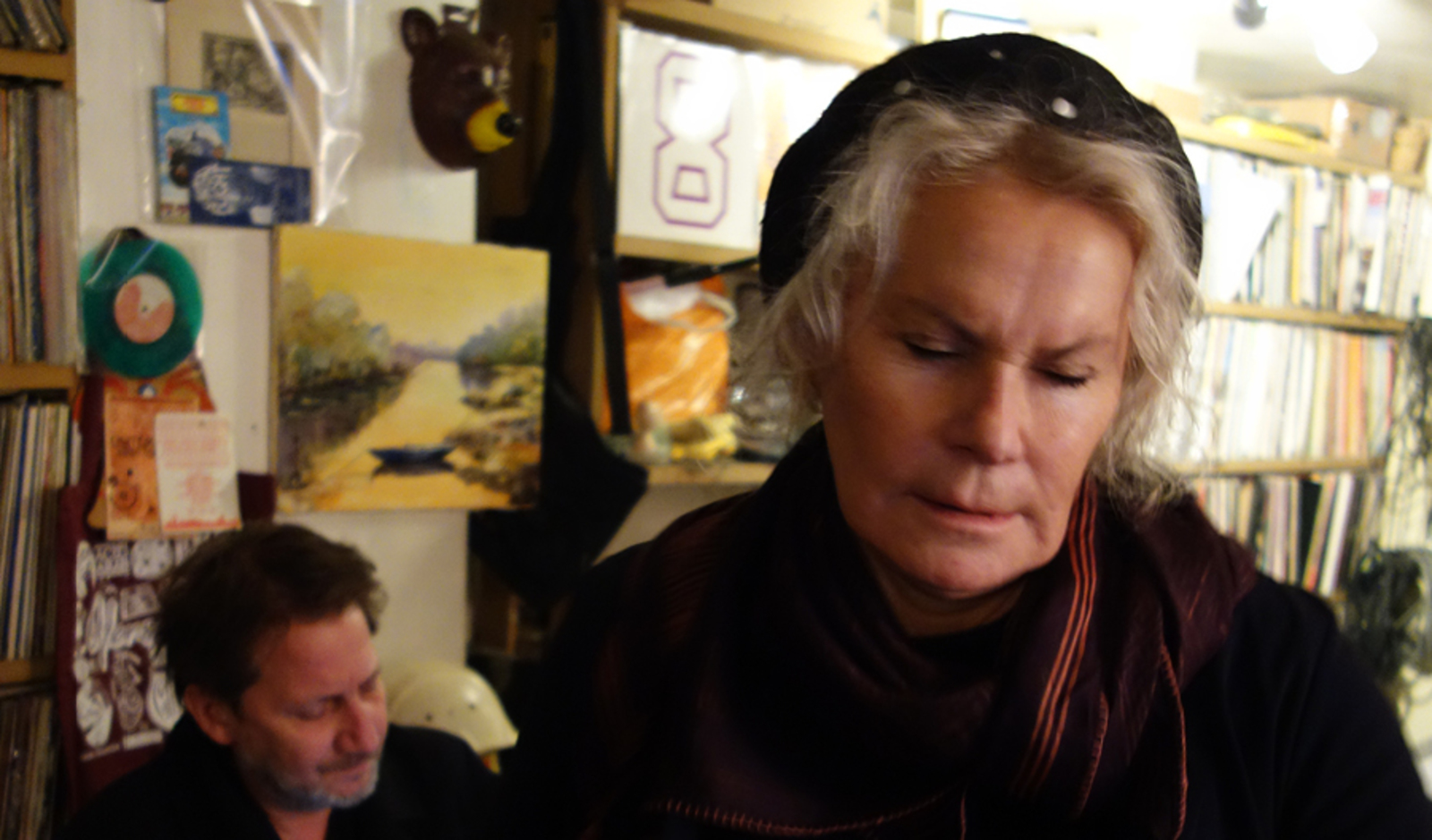 Recorded previous to the Pandemic amidst the Gillet Jaunes riots of 2019, Jours de Grève, an unlikely collaboration between the neglected doyenne of french freak folk Emmanuelle Parrenin and German sampletronica master Detlef Wienrich aka Tolouse Low Trax, was for many the lockdown record par excellence, thanks to its brooding air and moments of heady beauty.

Unknown to all but the most dedicated diggers of obscure French Folk, Parrenin’s 1977 record Maison Rouge took folk into new territory, particularly on the spellbinding Topaze whose dubby dirge and de-tuned hurdy gurdy sounded for all the world like a Dennis Bovell production. This similarity was not lost on Weinrich, whose deft production across the album picks up where that track left off, juggling dub, post-punk and electronic funk to almost perfectly capture the feeling of cyclical drudgery mixed with occasional surprise that most of us felt at home over the last 18 months. At CCCB the duo will be accompanied by Quentin Rollet, the clarinetist who has collaborated with Nurse with Wound and Red Krayola, and also put his unique imprint on the record.